BAYAMÓN, PUERTO RICO — The Puerto Rico Weapons Act of 2020, which made legally obtaining and carrying a firearm much easier, is now over two years old — and Puerto Ricans are buying guns as never before. Nearly 100,000 gun licenses were issued in 2020 and 2021 in total, compared to around 1,200 in 2017.

While the law may have brought Puerto Rico’s gun regulations in line with the Constitution of the United States, other factors underscored the push: a perception that crime is on the rise, that the police are helpless in tackling it — and that carrying a gun is an effective self-defense measure.

Crime and police data from the past 50 years, however, show that these perceptions don’t match reality: Violent crime has been in decline for two decades in Puerto Rico, and the number of police officers per capita is well above the U.S. national average.

It is true that previous gun regulations never stopped illegal guns from flowing into Puerto Rico. The region’s gun-related crime levels are higher than in most states in the United States — where calls for gun restrictions are growing in the wake of an elementary school shooting in Texas and a racially motivated attack in Buffalo, New York (two of 281 mass shootings in the country in 2022 alone).

While Puerto Rico rarely has mass shootings in public places, some fear that the updated weapons law will only fan the flames in a region long troubled by gun violence.

The Puerto Rico Weapons Act of 2020 replaced a previous law that legislators found to be inconsistent with the United States Constitution. The new law was introduced in the Legislative Assembly of Puerto Rico by the New Progressive Party, which advocates for statehood.

Among the changes enshrined by the law are the scrapping of a requirement for gun owners to be registered with a shooting range; eliminating a requirement to submit a declaration by three people attesting to the license applicant’s character; and limiting the deadline for the police to grant a gun license from 120 to 30 days.

“I was motivated [to buy a firearm] for my own security, of my business and of my family,” says Raonel Marrero Lebrón, a 36-year-old restaurant owner in Mayagüez, a coastal town in western Puerto Rico, who obtained his license last year. His restaurant is in the city center, an area that is often dark and deserted outside of business hours. “After Hurricane Maria and the pandemic, things have become very dangerous,” he says. “In the town of Mayagüez, there have been many robberies, many muggings.”

Marrero Lebrón says lower costs were a deciding factor for him to apply for the license. “At first, you needed a target-shooting license, and after that, the possession, which was a more complicated and difficult process,” he says. “Now one can do it all in one go, which made it all easier.” 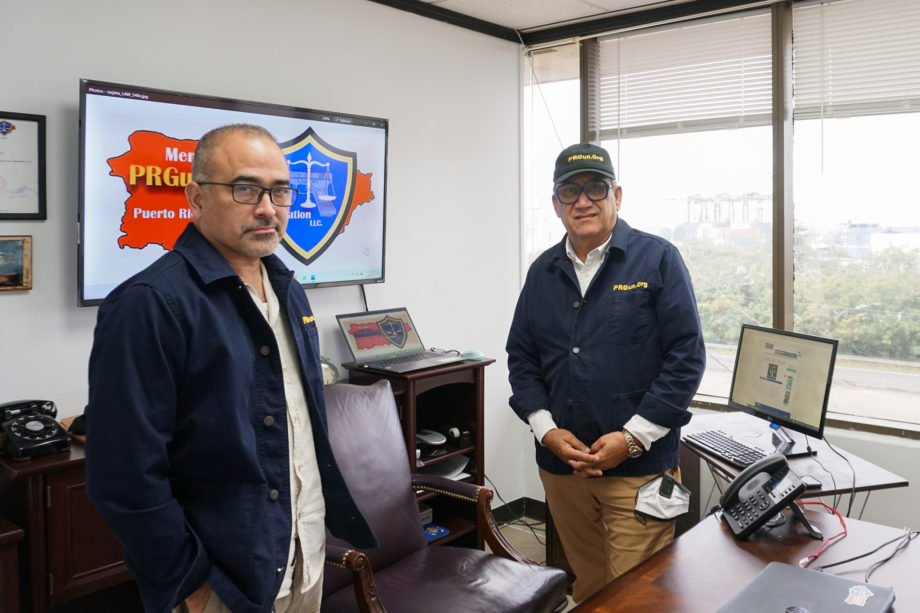 Roberto Otero Ortega, an attorney who specializes in weapons and belongs to the Puerto Rico Gun Law Association, says the entire application process now costs around $400 — down from $2,000 with the previous law. “The state is not guaranteeing the safety of the citizens,” Otero Ortega says. “Things keep getting worse. A lot of people are taking notice now, and they’re taking care of [their own safety] themselves.”

But according to a study by Nicolás Ramos Gandía, a mathematics professor at the Inter American University of Puerto Rico’s Arecibo campus, crime has been in steady decline in Puerto Rico for the last two decades. By analyzing official crime statistics in Puerto Rico from 1960 to 2021, his study shows that, since 1992, the violent crime rate — defined by the number of homicides, assaults, cases of slavery, robberies and aggravated assaults per 100,000 people — has decreased steadily, reaching its lowest point in history in 2020. 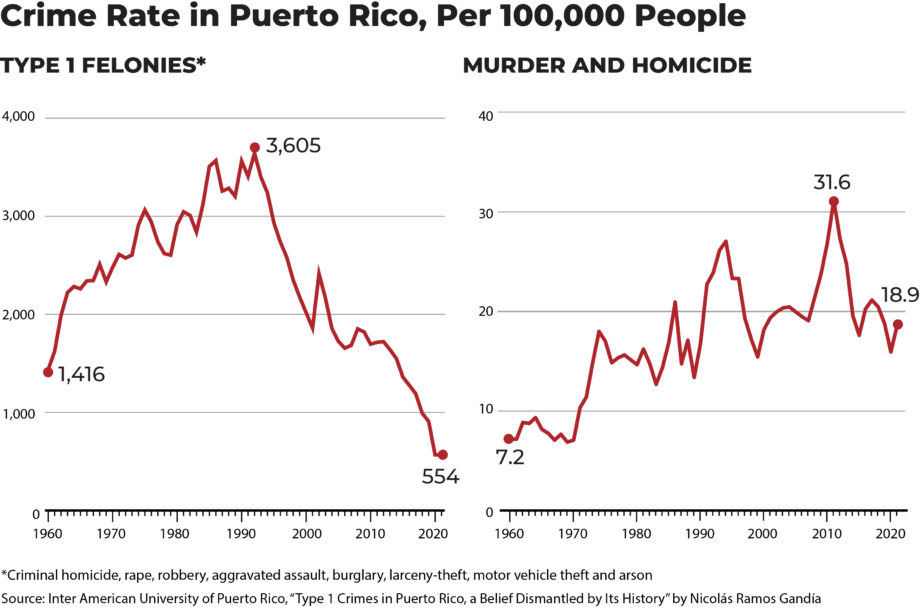 Even if violent crime rates are the lowest they have ever been, some Puerto Ricans still say they feel safer with a gun. “If more people are armed, more law-abiding people, a person who is going to commit a crime will have to think twice,” says Yomara Adrovet, a 47-year-old gun shop and shooting range owner in Bayamón.

Since the new law took effect, Adrovet says her clientele increased significantly — and diversified. “When I started, almost no women would come into the store, one maybe once a week,” she says. “Now, ladies come every day. … Almost every day, families come in.” 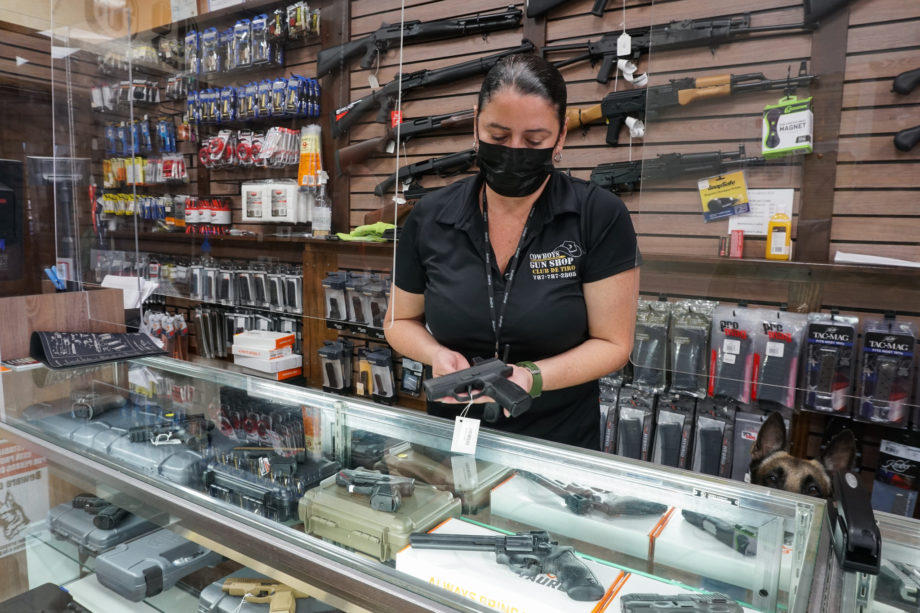 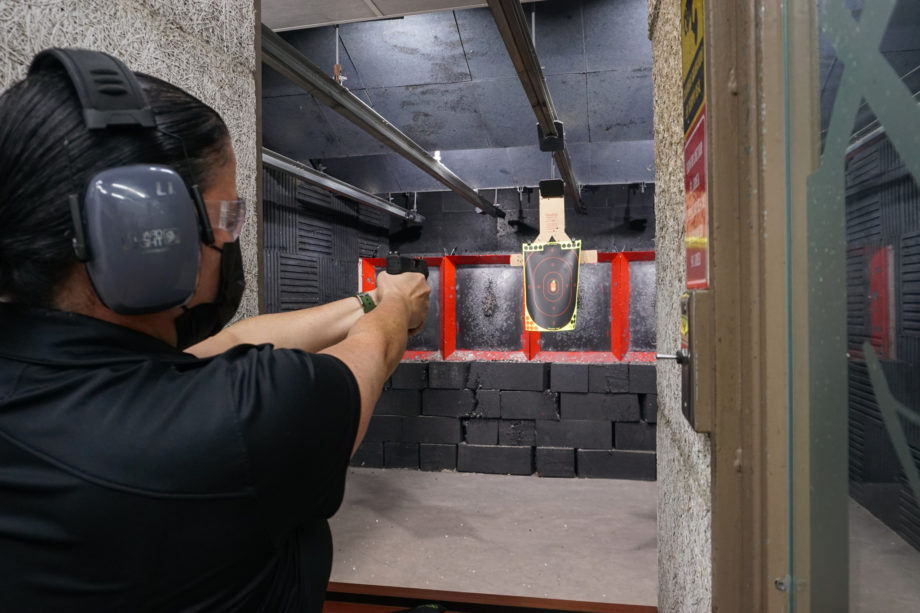 Yomara Adrovet, owner of a gun shop and shooting range in Bayamón, Puerto Rico, practices target shooting at her store.

María Elena Ortiz Collazo, director of the Department of Criminal Justice and Public Safety at Ana G. Méndez University, Gurabo campus, says a family is most at risk once there is a gun in the home. “Where there are more arms, there are more fatalities, more suicides, more crimes against women,” she says. “It is studied, and it is proven.”

Armed with 30 years of experience as a criminal lawyer and judge, Ortiz Collazo cites studies that show that being armed makes a person more rather than less susceptible to harm. “Having a gun in the home doesn’t increase the possibilities of self-defense if you’re attacked,” she says. “A gun in the home increases the odds of… [robberies] because a firearm tends to attract robbers.” 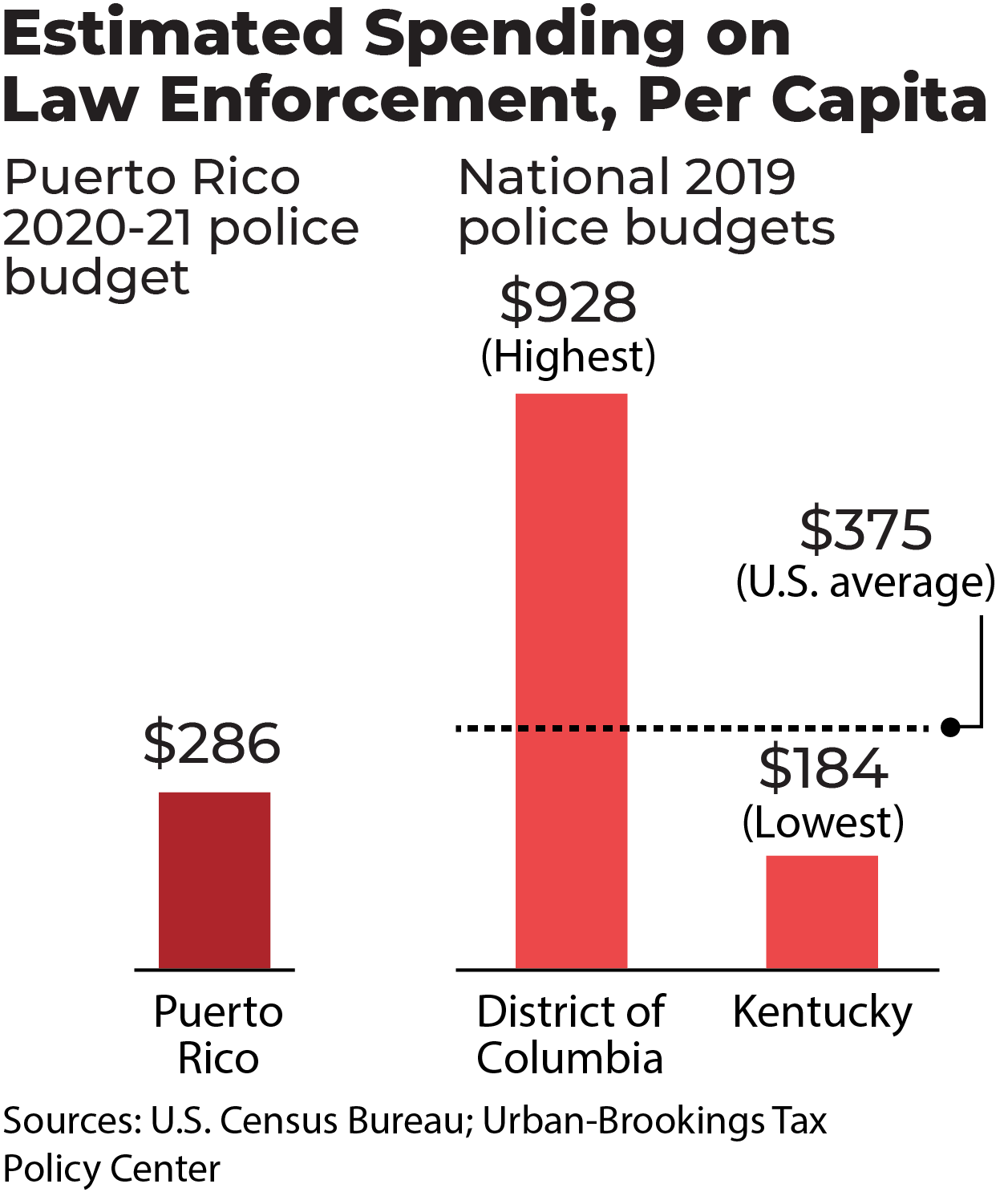 But at Adrovet’s shop, customers are increasingly interested in learning about self-defense. “We can’t have a police officer around all the time,” she says. It turns out, however, that Puerto Rico’s police department is among the largest in the United States. With 3.9 law enforcement employees for every 1,000 residents as of 2020, the department’s number of officers per capita is above the U.S. national average for jurisdictions with more than 250,000 people.

Even so, the legislature in 2020 approved a budget of $940 million for police, or around $286 per capita, while most states spent an average of $375 per capita on police.

Despite the risks, Marrero Lebrón, the restaurant owner, believes a firearm will protect his business and family. “If it weren’t for that reason,” he says, “believe me, I wouldn’t have it.” 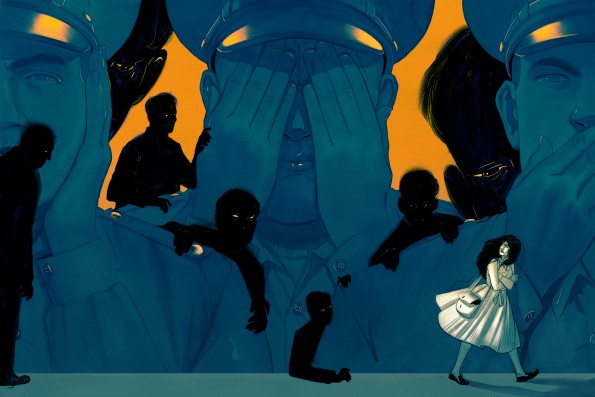 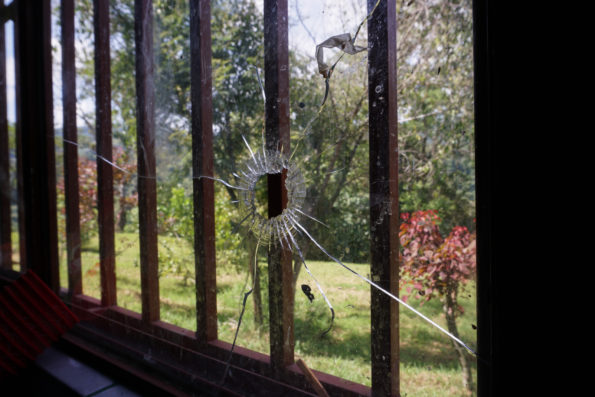 ‘Life Is No Longer Sacred’

‘Machete Wielders’ Terrorize Region — But Why?

In a Violent Landscape, One Village’s Kindness Stands Out 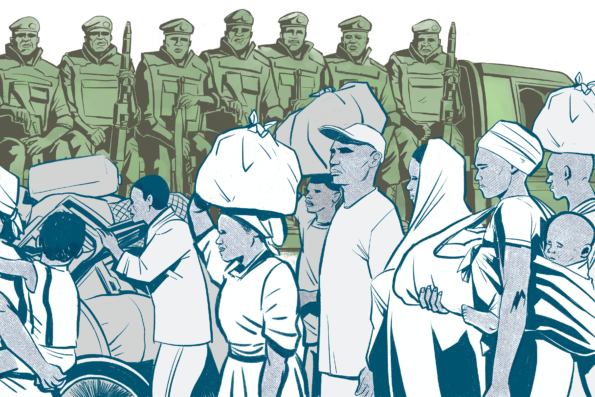 ‘Nothing Has Changed’: Facing a Perpetual State of Emergency